Extended ARP Studs for BRZ FRS 86 or WRX are a great mod – and one you’re better off doing sooner than earlier, at least if you live in areas of the country that aren’t sunny and beautiful all the time. Alright, so let’s take a look at these things, why would you want them?

You can get the benefit of running the steel lug nuts without the additional length if you’d prefer – there’s a 1.75″ version which is just a mm or so longer than OEM, so you run ARP short studs. The extended set is 3″ long. These are M12 x 1.25 pitch bolts and fit most Subarus as well.

The install will be easier with the shorter bolts, as you will have clearance to replace them easily in the front and in the rear. This is less so on the longer bolts. It looks like the longer ones can be done on the front after moving everything out of the way, I removed (actually replaced) the front hubs with a friend’s help heating and beating the hell out of them after some serious rust forming after several years in Chicago. The new ones with anti-seize still didn’t even go in smooth and easy, so you can imagine how much of a pain getting the old ones were out… the rears cannot be done on the car at all for the extended studs. You must remove the axle from the hub and take the hubs off the car.

A nice install thread for the front is available here: 86 Front Wheel Stud Replacement which includes a link to the rear as well. 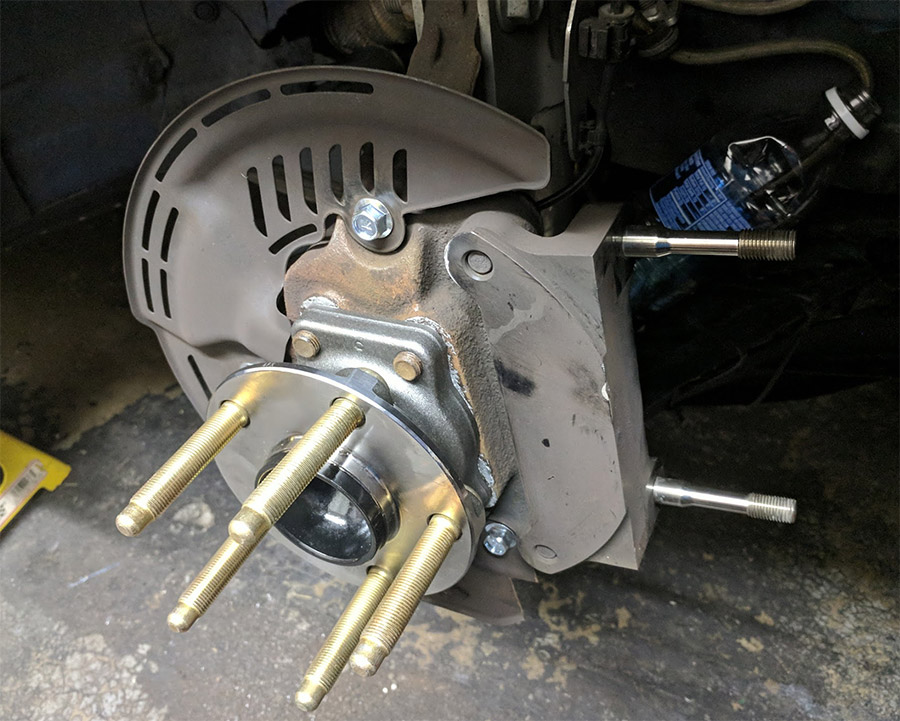