First off, this isn’t some kind of super scientific back to back test – just me and my usage over the past bit of tracking and what I’ve observed so far. I’ve bought a whole heap of tires recently. To be clear, I need more driver mod than anything as well.

I think these are great tires. I ran them in 225/45/17 on my 17×8 RPF1s; the combo weighed 38 lbs. No major complaints, although it was tough to manage the wear on our clockwise tracks around here and I ended up chewing the front left, and not managing cycling it around all that well. I would consider buying a 5th wheel to deal with this more easily in the future. These get to be sticky gummy boys on track, me likey. 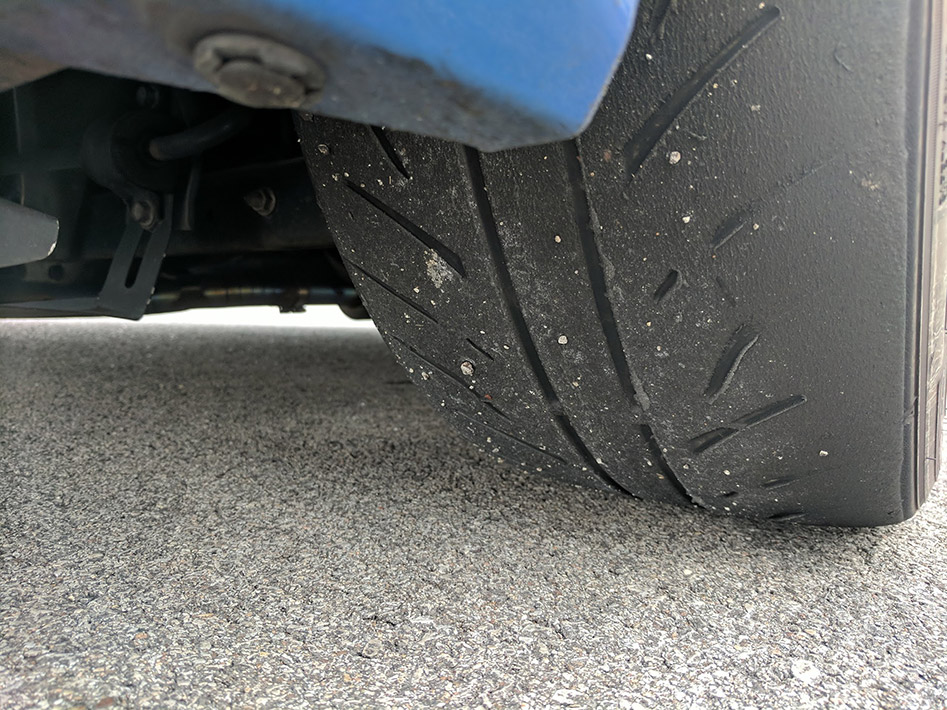 These were retired as some friends convinced me I should try 245s and 9″ wheels. Some more weaponry was ordered.

I purchased these guys on 17×9 Konig Hypergrams – these wheels are not as light, but still pretty cheap and light for 17×9. The spokes of 17×9 RPF1s straighten out and would hit my Stoptech Big Brake Kit, so they were a no go. The Hypergrams provide a huge amount of space however. The pair weighs in at 43 lbs. I did buy a 5th wheel, although haven’t done enough track days yet to warrant swapping it around. They also seem to be wearing better. No fresh pics of that, although they are to the far right of both pics and have been through a few track days. 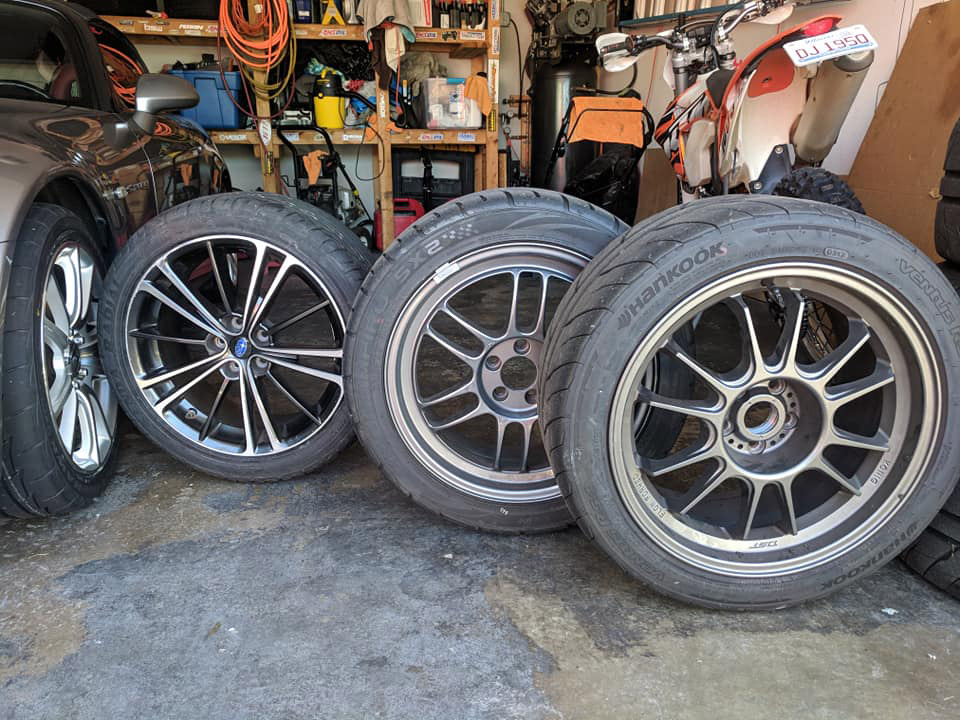 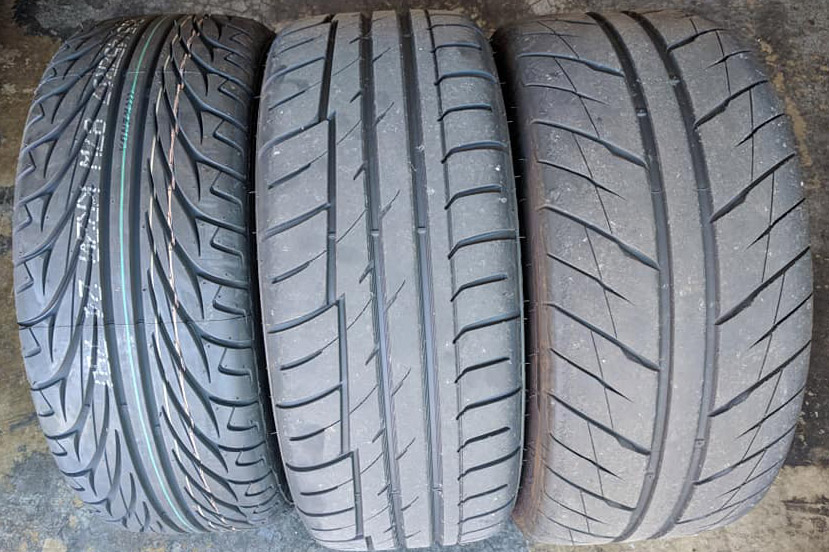 In the middle of both pics above, newly mounted on the RPF1s are my 225 SX2s, for use as the benchmark/sponsored tire of the 86 Cup contingency program, the 86, BRZ, and FRS friendly time attack series we have going on. Committing to these in the program provides a discount, but these are quite affordable regardless. I just found a set for $225 shipped new, of the old production run – this is actually even a good chunk cheaper than my discounted set! Paying their expected price, I would expect them to arrive at your door for $386. My DZIIs were $686 in May last year. The Hankooks were $792 in September. Both are 200 treadwear tires; older SX2 listings will have them listed at 200 also; although – same compound – the new runs of the tire are listed at 260, which seems much more accurate.

These are not directly comparable as I’m not all that consistent, I might be trying different things out different days, and the weather differs as well. Nonetheless my best laps at a track I’m reasonably comfortable at (Autobahn Full Track) are:

A better driver in any setup above can likely beat all my times, but that’s my experience thus far. The SX2s don’t fall off unexpectedly or act like a ‘scary’ tire at any point; they just have less overall grip which will manifest itself at any skill level someone is at. They’re the sponsor and benchmark tire among the 86 Cup guys; they are not a requirement to run, although it’s a bit more fun when we’re all on the same rubber, and the class points also count towards winning a set of tires as well. As noted, they are also *very* cheap consumables to run vs. that other rubber. Is the extra stick worth the price for the others? Depends on what you’re going for; you can certainly get more seat time out of buying less tire though with the savings, plus it’s better to make mistakes and learn at lower speeds than higher ones! (Note the tires on the far left of the last 2 pics are Kenda Kaiser KR20 300tw summer tires, mounted on the OEM wheels for me to punish out at a drift day.)

Some speed comparisons from the AiM Solo DL:

I actually topped out faster on the SX2s (red) than the Hankooks (blue) – although it’s also pretty easy to see that the blue line is pretty universally among the red. As noted in my other thread on analyzing the solo data, I’m also generally overslowing for every corner as well, so all these speeds need to get up across the board!