I had some slotted rotors with some schmoo on them, a lot of brake pad deposits leaving them in need of a turn or some kind of resurface. I was not familiar with the flex hone for rotors product but was advised to try them out from Zeckhausen Racing. My friction rings weren’t that old, and I think the primary cause of the pad nastiness was myself and poor brake modulation on track. They advised an application of the coarse grit brush followed by an application of the medium. The flex hones are put into a drill and advised to be run at low to medium speed and with gentle pressure. The flex hones are enough to scuff up the surface while using just enough roughness to break off the pad deposit. This is a much gentler process than that of removing layers of metal via turning the rotors.

There also seems to be some questions around whether one can turn slotted rotors or not; it appears this takes a much more skilled machinist? Nothing to worry about with these tools though as we are just resurfacing the rotors and not turning them. 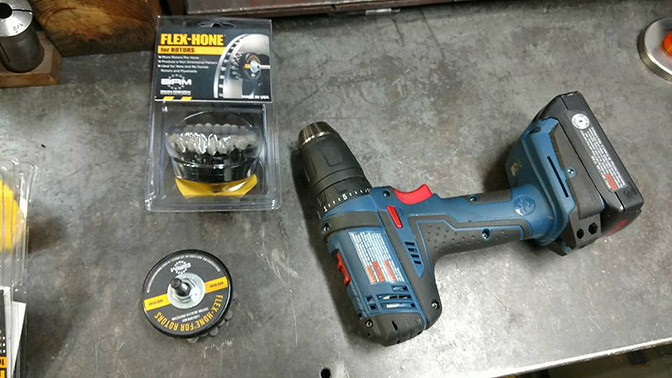 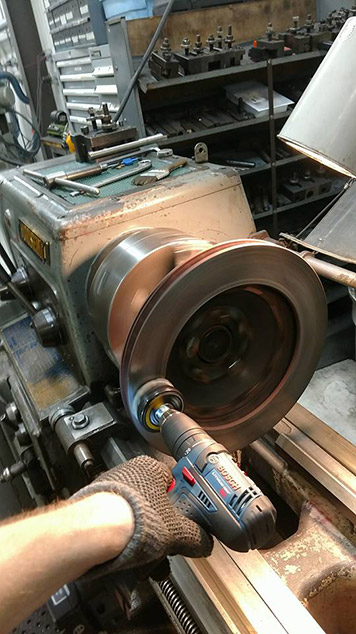 My buddy Josh did these for me. You could work on these on a bench, but he has access to a lathe to help the job run even better. If I recall correctly I think he commented on having to put some more pressure on that he originally thought (?) – I may have more/nastier deposit than normal due to the higher heat and track applications as well as the pad material, in this case, Carbotech XP8 compound. The below is my typical track day nastiness. 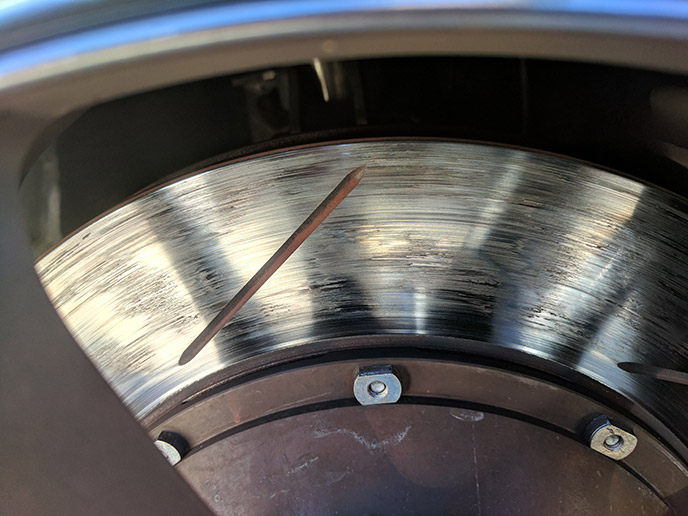 Note I have tried G-loc R10 and things still look similar, I don’t think it’s a temp problem but a pad modulation problem of mine that creates these deposits. Although as Josh observed later, and this makes sense, my deposits are largely concentrated around areas that have some fissures in the rotor. He noted some of the nastier bits took up to 15 minutes to clean out and complete.

Below is the rotors as they went to Josh. They had R10 on them shortly; the R10 were pre-bed and appeared to have been done so at an angle and had not yet worn flat. 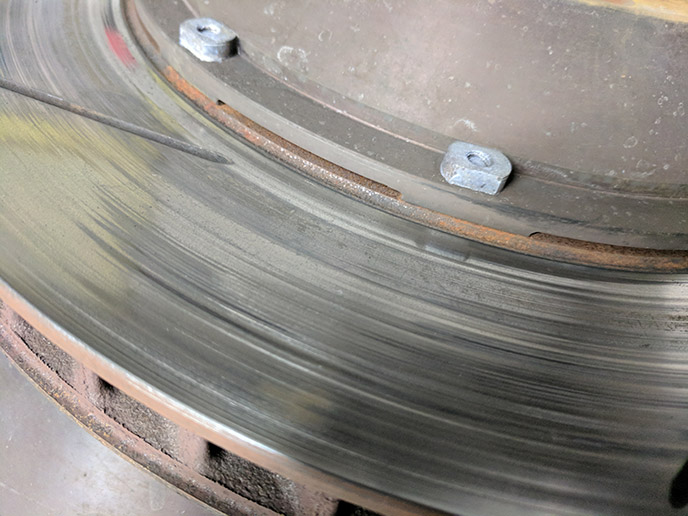 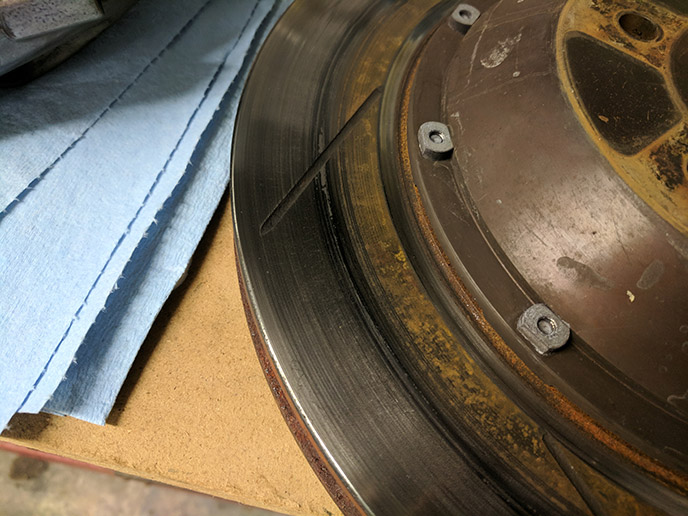 As can be seen in the lead photo of this article, they ultimately came out great. Josh estimated the course hone to be around 120 grit and the medium 240. He said the coarse really scored the rotor up well and the medium finished it cleanly. 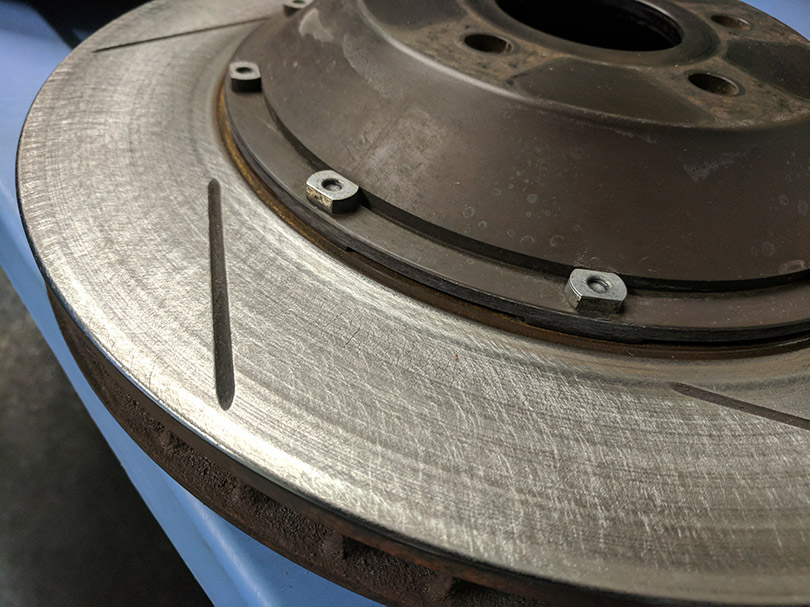 The rotors were nice and smooth as he was able to check results at the shop, and give the product a thumbs up. The rotors absolutely required a bed-in at this point. Once completed they were looking nice and fresh, at least up until the point my foot was able to take them through some track days. 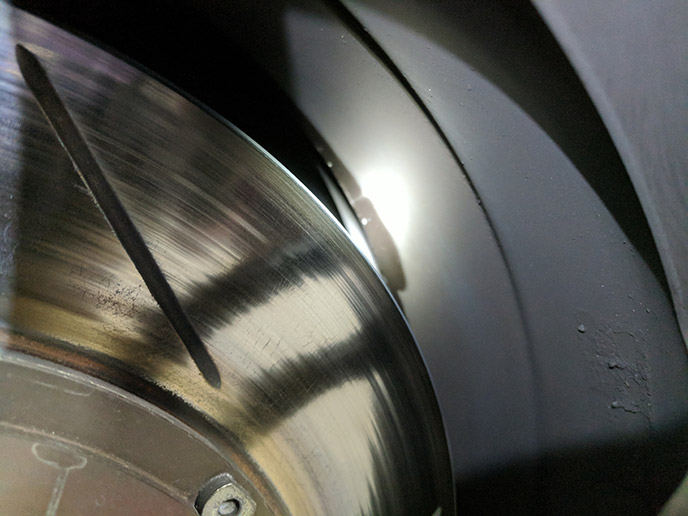